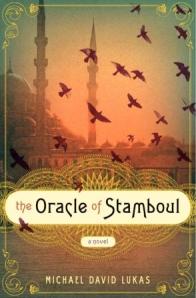 First impressions are important. Late last year I received a package of advance review copies from Harper Books, and my eye was immediately drawn to the package that was gorgeously wrapped in purple. It was the first thing I touched, and I was even more dazzled by the gold lining inside. As I said in my post at the time, I’m like a cat: my attention is drawn to shiny things. Of course, of all the books in the pile, The Oracle of Stamboul was the book I had to read first.

Beginning in 1877 with the birth of a little girl in the Ottoman Empire, the book tells the story of Eleonora Cohen, a gifted child who is born into an uncertain world. Shortly before she is born, two midwives appear and make mysterious predictions of the future. Eleonora’s mother dies soon after childbirth, and Eleonora is raised by her father–to whom she is very close–and her stepmother Ruxandra, who is often very harsh toward Eleonora.

When Eleonora is a little older, she is devastated to learn that her beloved father will travel to Stamboul on an extended business trip and leave her with her stepmother. She devises a plot to stow away in her father’s belongings. Once her father’s initial shock and anger wear off, the two end up enjoying themselves in Stamboul at the residence of her father’s old friend, Moncef Bey. The plot quickly unfolds from there, and events transpire that extend Eleonora’s stay in Stamboul.

If I was charmed by that first impression of the book, I was even more charmed by the words on the pages. I’ll admit that, dazzled though I was by the pretty wrapping, I was also a little suspicious of it. Luckily, my suspicions were unfounded; I couldn’t put down the book.

I tend to actively avoid books involving magical realism, but The Oracle of Stamboul quickly won me over. Part of it, I think, was that Eleonora loved books so much, and her affinity for reading was a constant part of the novel. I mean, really…how can you not adore a young heroine who adores books?!

The Oracle of Stamboul is a quick, light read, and because of the descriptive quality of the writing, it’s fantastic for “armchair traveling.” If you’re looking for a break from heavier fare, this is a book worth looking into.

This book was released on February 8, 2001 by Harper Books. This review was part of the TLC book tour for The Oracle of Stamboul. The tour is going on throughout February and March. These are some of the other stops on the tour, so drop in and say hi: 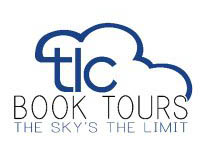 7 thoughts on “The Oracle of Stamboul”