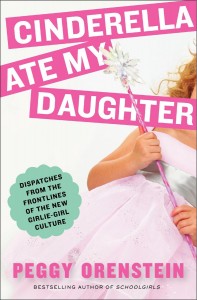 Growing up, I loved Disney. Whether it was old school (Bambi, Lady and the Tramp) or new school (“new” being circa Aladdin and The Lion King), my siblings and I were raised on Disney movies. I remember taking a summer ballet class at the civic center with my little sister and dancing to “A Whole New World” for our recital. My cousin and I would sing along to The Little Mermaid to the point where it drove everyone around us nuts. To this day, I can probably recite most of Sleeping Beauty verbatim (and I still think the her dress at the end looks better in pink, while my little sister still prefers the blue). I was as enamoured as Belle was every time I saw the Beast’s library. And though it’s not Disney, I will confess that my childhood dream was to marry Robin Hood (the fox, not the Kevin Costner); I used to throw serious tantrums when my parents told me that would not be possible, as he was a fox and a cartoon character.

But aside from my long-standing crush on Prince William (damn you, Kate Middleton!), I don’t remember ever wanting to actually be a princess. Sure, I had a crush on Prince Eric, and the dress I wore to my senior prom was sparkly and poufy and cotton candy pink, but I don’t think I’ve ever tried to channel Cinderella et al. I adored their dresses and all, but remember: I aspired to marry the fox who would’ve probably stolen from Cinderella!

There’s a reason for this lack of princess obsession.

In her book, Cinderella Ate My Daughter: Dispatches from the Front Lines of the New Girlie-Girl Culture, Peggy Orenstein investigates the rise of the current “girlie-girl” culture, which includes (but is certainly not limited to) the marketing of Disney Princesses. Before 2000, the Disney Princesses had never been marketed apart from their movie releases. After a Disney exec realized that an “untapped market” existed for Disney princess items, the Disney Princesses concept was born. The results are staggering:

The first [Disney] Princess items, released with no marketing plan, no focus groups, no advertising, sold as if blessed by a fairy godmother. Within a year, sales had soared to $300 million. By 2009, there were at $4 billion. Four billion dollars! … “Princess” has not only become the fastest-growing brand the company has ever created, it is the largest franchise on the planet for girls ages two to six.

Meanwhile, other companies such as Mattel and Nickelodeon were getting in on the act, and producing princess-related product lines as well. In the first decade of the 2000s, princess items were suddenly being marketed everywhere. As Orenstein writes, “when you’re talking about 26,000 items (and that’s just Disney), it’s a little hard to say where ‘want’ ends and ‘coercion’ begins.”

Not that there’s anything wrong with liking princessy things, per se. Plenty of adults loved playing princess as children and turned out fine. The problem is the way that “princess” is currently being marketed to little girls constantly, and when the mainstream idea of “princess” is thin, hyper-feminine, (usually) white, and pretty by mainstream standards, the fact that little girls are inundated with these images is a problem.

I have a particular interest in feminist analysis of media imagery, so I was really eager to read this book. And for the most part, I liked it. Orenstein has a clear, conversational writing style backed up by a lot of fascinating (and sometimes horrifying) research about marketing, female objectification (including self-objectification). So much of her writing is spot-on. This passage about body image particularly resonated with me:

Although my body and I have reached a détente, “fat” remains how I experience anger, dissatisfaction, disappointment. I feel “fat” if I can’t master a task at work. I feel “fat” if I can’t please those I love. “Fat” is how I blame myself for my failures. “Fat” is how I express my anxieties. A psychologist once told me, “Fat is not a feeling.” If only it were that simple. As for so many women, the pathology of self-loathing is permanently ingrained in me. I can give in to it, I can modify it, I can react against it was practiced self-acceptance, but I cannot eradicate it. It frustrates me to consider what else I might have done with the years of mental energy I have wasted on this single, senseless issue.

I’m a feminist. I try my best to be body-positive. I don’t dare comment on weight or make negative remarks about body image in front of kids because of how impressionable they are. But I’m also someone who instinctively says “I feel fat” on a semi-regular basis, then feel horrible about myself for having done so. Something inside my brain totally clicked when I read this section.

Perhaps it was because of such spot-on writing that I felt so unsettled when I got to a couple of other sections of the book, particularly the chapter about all of the Disney “pop princesses”–the young girls like Hilary Duff and Vanessa Hudgens–who are forced to navigate the tricky waters between innocent sweetheart and teen on the brink of womanhood. It’s not what Orenstein says that bothers me. In fact, I agree with her: Disney girls are forced into that impossible virgin/whore binary and are harshly punished for growing up. My problem was with how she said it.

After going through a litany of fallen Disney pop princesses, Orenstein writes of the “cautionary tale” of Britney Spears:

But the winner for most spectacular slide from squeaky to skanky has got to be Britney Spears…Over the course of five years, the singer married and divorce, shacked up with a guy whose previous girlfriend was eight-months pregnant with his child, bounced through rehab, shaved her head, stopped wearing panties in public (what is with that?), had two sons, lost them in a custody battle, and finally was hauled from her house on a gurney with bipolar disorder. Given the schizoid comments she had been spewing since high school, was that such a shock?

Skanky? Schizoid?! Was that really necessary?

Full disclosure: For better or worse, I’m a Britney fan. I, too, was dismayed about her lack of undergarments. I cringe while watch her latest videos and want to shake her while shouting “YOU DON’T HAVE TO BE A SEX OBJECT IN EVERY SINGLE THING YOU DO!” But given the fact that she likely is mentally ill and has been encouraged all her life to sell every facet of herself (especially her sexuality), I could’ve done without the judgy, ableist snark.

Another pop princess written about was Miley Cyrus; Orenstein describes Miley’s break with her Hannah Montana image and the sexualized dance routines she currently performs on stage while on tour as herself.

Full disclosure: I CANNOT STAND Miley Cyrus; I’ve always referred to her as Lil Nepotizz. Which is why it pains me to semi-defend her now.

Orenstein describes a questionable part of Miley’s performance like this:

She strutted out of a trailer in booty shorts and a sparkly tank slit up the sides to expose her bra. As she sang, she stepped offstage, onto an ice cream cart topped with a pole, the kind that would typically be used as an umbrella stand; then, hanging on with one hand, she dropped down into a squat, her knees splayed, her back arched. The move was, to say the least, at odds with the image of the family-friendly pop star she portrayed on TV.

I’m personally kind of ambivalent about all this, though I can see why a parent would not be pleased. But it’s actually a comment later on in the chapter that I took issue with:

Billy Ray may want to consider Chris Rock’s epiphany after his wife gave birth to a girl: that, as a father, his sole task is to keep my baby off the pole.

I remember hearing Chris Rock say that (it’s a part of one of his routines, so he’s said it a lot). I wasn’t amused then, and I wasn’t amused seeing it quoted in this book because it posits Daddy as the keeper of his daughter’s sexuality. Aside from being creepy, the quote falls back on the virgin/whore binary and completely disregards the fact that plenty of young girls are sexual beings, whether their parents like it or not.

Cinderella Ate My Daughter is imperfect in this regard, but I still think it is a valuable book for parents to read, regardless of whether or not they have daughters (after all, sexism and gender-specific marketing have implications for everyone, not just girls). In a lot of ways, the book raises more questions than it provides answers for, but I think this is a great thing. There is no tidy solution for this mess we’re in.

Cinderella Ate My Daughter: Dispatches from the Front Lines of the New Girlie-Girl Culture was released by Harper Books on January 25, 2011. It was released on paperback in January 2012.

5 thoughts on “Cinderella Ate My Daughter”