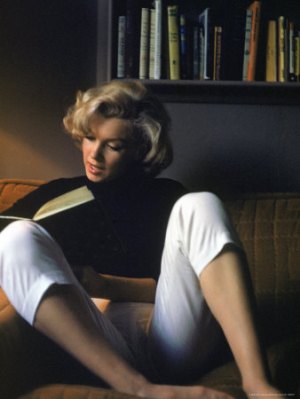 Using Emma Straub and Laura Lamont’s Life in Pictures as an example, Slate‘s Jason Silverman argues that the niceness of social media is killing literary criticism. Over at Salon, Roxanne Gay disagrees.

Jane at Dear Author has gone through the seven stages of grief over 50 Shades of Grey and has now reached acceptance. Awesome.

Fascinating: The New York Times gives us a glimpse at the life of rare books.

Here’s a great article on why black bookstores are so important and must be saved.

What do your favorite fictional characters read? Check out this list featuring everyone from Rory Gilmore to Don Draper.

Victoria’s Kitchen in London has done amazing things with cupcakes, including decorating them with mini book covers. I WANT!

The Orange Prize (as we once knew it) is no more: mobile service company Orange has dropped their long-time sponsorship, and a new sponsor/name for the award will be announced next year.

Simon and Schuster’s Tumblr has a cool character map all about The Great Gatsby.

Social change groups are urging HarperCollins to get The Berenstein Bears books, which are given out with kids meals, out of Chik-Fil-A.

This is over now, but there was recently a Kickstarter to fund the 25th anniversary, 4th edition of Gloria Anzaldua’s Borderlands/La Frontera. Aunt Lute books reached its desired goal of $10,000. Yay!

Over at Harvard Business Review, Kyle Wiens on why he won’t hire anyone who uses bad grammar.

One can never say enough about how awesome Toni Morrison is.

The Atlantic has published a list of the greatest lists in literature.

Speaking of lists, NPR recently published a list of the 100 best YA books. How many have you read?

NPR asks if the art of the book cover is dying with the rise of ebooks. (I really hope not!)

Yikes. Jonah Lehrer admitted to fabricating the Bob Dylan quotes in his popular book, Imagine: How Creativity Works, so Houghton Mifflin Harcourt is offering refunds for the book until December 31.

Uh oh. Some authors are suing Harlequin over ebook royalties.

How do you organize your overflowing shelves? Flavorwire features fifteen creative stacks.

Also at Flavorwire, an infographic on the greatest books of all time.

Check out some of Nina Katchadourian’s book spine poetry.

And finally, a parody on what would happen if Amazon offered yesterday shipping.