Greetings from Reykjavik! For the next month, I’ll be blogging from Europe! 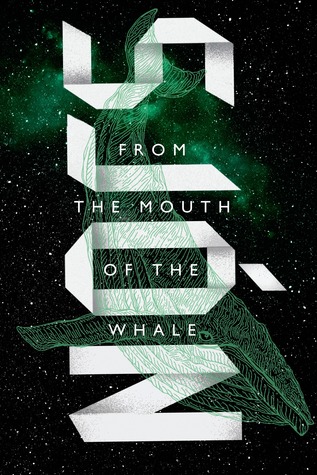 Infused with magical realism, the superstitions from centuries past, and grim Icelandic history, Sjón’s From the Mouth of the Whale is a book that defies categorization. Beginning in 1635, the book that follows the life of Jónas Palmason the Learned. Palmason is a self-taught healer and poet who treated women’s illnesses in his youth and was ultimately exiled from Iceland at the age of 61 for committing alleged heresies.

The book describes the time after the Catholic Reformation; people are still holding onto their old beliefs and superstitions, but ideologies are slowly shifting towards Christianity. Jónas loves learning for the sake of learning, but while he was a peculiar child, he is an outcast as an adult. By default, his wife Sigga must suffer alongside him; she, too, was ahead of her time and knew all about science and math as a child, knowledge she was told to keep to herself (Sigga was great; I actually would have loved to hear more about her in the wake of the book’s turn of events). The two made a perfect couple, but life in the remote Snjafjoll coast is harsh, and their sorrows are compounded by the deaths of their children.

It’s a very strange and sometimes confusing book that’s told in surreal flashes (it begins, for instance, with Lucifer going on a hunting trip and coming home to find what Father has waiting for him in heaven). Some chapters are written without paragraphs (or periods — these chapters use ellipses between sentences, which took me a while to wrap my head around at first, but I didn’t even notice it after a while).

In Jónas’s world, people still believe in unicorns, bezoars hold the key to curing blood ailments, and corpses can walk around. The recounts a violent massacre of Basque whalers in Iceland, pagan rituals, and extreme poverty. But confusing though it could be, it was also fascinating, sometimes humorous, and steeped in centuries-old Icelandic political and cultural history. This is a book that’s been sitting on my TBR list for years now ever since the English translation was released, and I’m so glad I had a chance to read it before my trip!

From the Mouth of the Whale was released in the US in April 2013 by Farrar, Straus and Giroux. Sjón is an Icelandic author (who has also written lyrics for Björk!) and lives in Reykjavik.