Challenge Status: COMPLETE as of 12/30

This isn’t an official challenge, although there are a few official A-Z challenges out there. The A-Z challenge is something I’ve done most years since I started book blogging. I decided to go solo again this year.

The rules: Read a book from every letter of the alphabet, going by either title or author. I’ve chosen author. Titles in grey are tentative.

The rules: From January 1 – December 31, 2015, read a certain number of books published by Europa Editions. I’m aiming for the Espresso Level (4 Europa titles); these 6 have been sitting on my shelves for a while, so I’ll choose from this list: 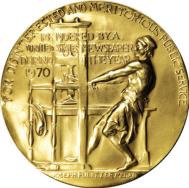 This is a personal challenge that helps me break down my much larger Pulitzer Project.

The goal: read all of the Pulitzer fiction winners for the years ending in 5.

The rules: Each of these 12 books must have been on your bookshelf or “To Be Read” list for AT LEAST one full year. This means the book cannot have a publication date of 1/1/2014 or later. Two (2) alternates are allowed, just in case one or two of the books end up in the “can’t get through” pile.

My alternates:
(Back to Top)

Challenge Status: COMPLETE as of 11/29

The rules: Between January 1 and December 31, 2015, read one book in each of the following categories. These are my tentative titles:

Challenge Status: COMPLETE as of 12/31

The rules: There are 24 tasks in the Read Harder Challenge (or roughly two per month). You can tackle them in any order, make any changes, do them all in a month or spread them out over the year. Make the challenge yours! The Goodreads group for the challenge is here.