I’ve done A to Z challenges ever since I started book blogging, but these past few years, I’ve just done it solo. This year, I’m jumping back into an “official” challenge and doing #LitsyAtoZ (you can find me on Litsy as @feministtexican).

The rules: Read a book from every letter of the alphabet, going by either title, author, or a mix of both. I’m going with author. Titles in gray are tentative. 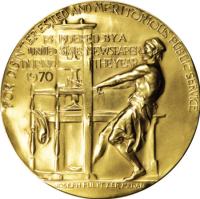 This is a personal challenge that helps me break down my much larger Pulitzer Project.

The goal: read all of the Pulitzer fiction winners for the years ending in 7. No winners were chosen in 1957 and 1977.

The rules: There are 24 tasks in the Read Harder Challenge (or roughly two per month). You can tackle them in any order, make any changes, do them all in a month or spread them out over the year. Make the challenge yours! The Goodreads group for the challenge is here.

The rules: Between January 1 and December 31, 2017, read one book in each of the following categories. These are my tentative titles: