It’s Banned Books Week! Since it’s also Latino Heritage Month, I wanted to share some banned books written by Latin@ authors. These books all have have multiple bans and/or challenges under their belt, so I also thought it would be fun to include one of the stories behind each book:

Bless Me, Ultima by Rudolfo Anaya

From 1990-1999, Rudolfo Anaya’s 1973 classic, Bless Me, Ultima was ranked at #78 on the American Library Association’s list of most frequently banned/challenged books. From 2000-2009, it jumped to #32 on the list (it was the 5th most challenged book of 2008). The book is about a young Mexican boy coming of age in New Mexico in 1940, as he struggles to come to grips with his culture, religion, and the expectations placed upon him.

Banned: In 2005, parents in Norwood, Colorado fought to have the book taken out of its schools. They wanted the books burned rather than donated to an organization who could use them out of fear that the books would fall into the hands of innocent children. The superintendent who ordered the books to be destroyed has since admitted he never read the book. 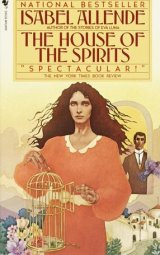 The House of the Spirits by Isabel Allende

The House of the Spirits is another book that has sat on the ALA’s top 100 list of banned books for the past two decades. The book is a family saga that follows three generations of a Latin American family.

Challenged: In 2000, the principal of a Fairfield, California school pulled the book off high school shelves following parent complaints. Two school board members agreed with the principal, but a couple of months later, the school board voted unanimously too keep the book.

Rainbow Boys is a coming of age young adult novel about three gay high school seniors. It deals with subjects like HIV, homophobia, and coming out. The book has won numerous awards, including the International Reading Association’s Young Adults’ Choice and the ALA’s Best Book for Young Adults.

Challenged: In 2005, a group of about 15 people in Marshfield, Wisconsin wanted the book removed from school library shelves. One parent (who hadn’t read the book) insisted that it was a “homosexual recruiting tool.” The school board ultimately rejected the request to have the book removed.

And finally, what would this list be if I didn’t get in at least one dig at Arizona? Last May, Governor Jan Brewer signed a bill into law that effectively eliminated ethnic studies programs (although their real target was Tuscon school district’s famed Mexican American studies program). One of the books that ban supporters kept referring to was Chicano scholar Rodolfo Acuna’s Occupied America: A History of Chicanos. Superintendent Tom Horne was famously quoted as saying, “the title of the book implies to the kids that they live in occupied America, or occupied Mexico.” Other accusations: the book teaches students to think of themselves as victims of racism and to think of white people as oppressors. The ban on the Mexican American studies program–and by extension, the book–went into effect as of January 1, 2011.